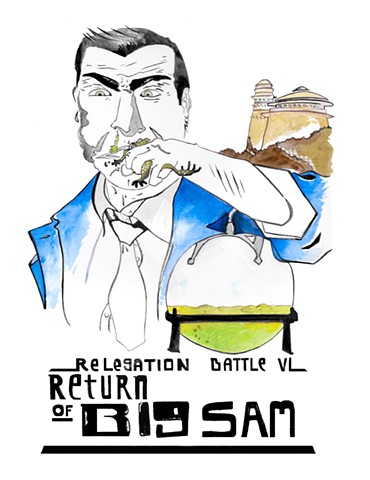 Star Wars meets soccer's battle against relegation in this episode, Big Sam Allardyce Nothing but respect for Allardyce. An old school, tough, no-nonsense style manager, best known for his tactical acumen, obliteration of chewing gum, and being a relegation specialist. Many similarities to Jabba the Hutt in Return of the Jedi.

Big Sam has since maintained his record of never being relegated recently in 2016 with Sunderland surviving the drop in 17th place, he returned this season in 2017 with Crystal Palace and guided them to safety when it appeared relegation was assured.